Bobolinks: Singing from the Same Score 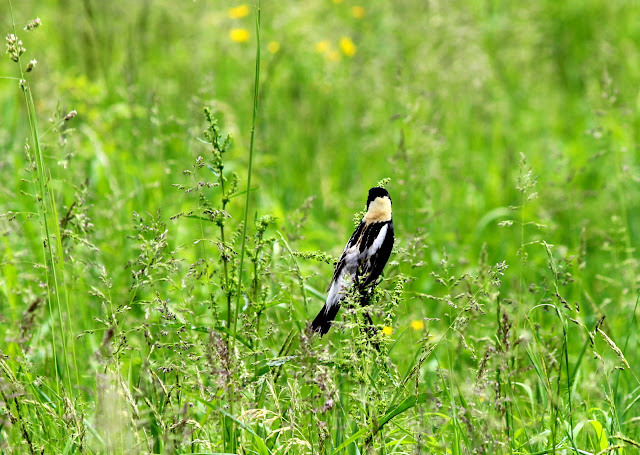 It’s been five years already since I wrote about Bobolink song patterns that can identify the places where they return each summer. I thought it might be interesting to go back to a few of those locations to listen for the song patterns I recorded five and six years ago to hear if they had continued.

I picked three of my favorite NE Ohio Bobolink meadows– one in each of three counties. See (hear) what you think.


My first stop was South Russell Village Park not far from Chagrin Falls. It is adjacent to Frohring Meadows in the Geauga Park District but is owned by the Village of South Russell. In 2013 and 14, the Bobolinks at both meadows had the same songs. 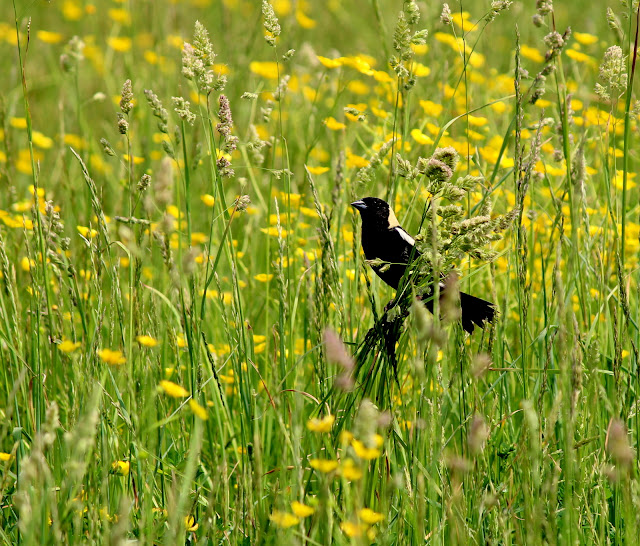 I climbed up the hill from the parking area into a huge, grassy meadow with buttercups and ox-eye daisies – perfect for Bobolinks. Listen:

When I initially identified the characteristic song at this location, I heard three distinctive song patterns. In addition, there was what I call the “fancy flight” song that is too complex for me to even begin to analyze if I listen in real time. It’s sung by males as they circle slowly above the meadow, showing off their gorgeous plumage and their impressive musical skills.


Being a mere human, I’d have to slow down the “fancy flight” song quite a bit to comprehend it all and even then, I’m sure I’d miss a lot of subtlety. I have immense respect for birds who can learn and later reproduce such intricate patterns of pitches, rhythms, and tone qualities – especially since they learn it all by ear. Keep in mind that even bird songs that seem simple to us are actually far more nuanced than we realize. 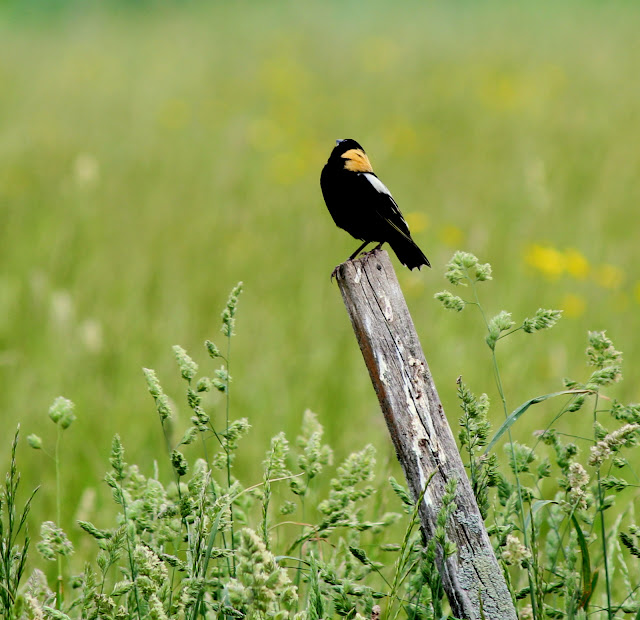 The part we can recognize by ear is the shared collection of song patterns characteristic of the South Russell and Frohring Meadows Bobolinks. Here's my 2013 recording of these song components:

So now to 2019. Have the songs been consistently transmitted to the next generation? Is the same Bobolink population returning to these meadows year after year? As someone who teaches ear training professionally, I want to know what I’m hearing and ponder what it might mean.


I heard three consistent song patterns over and over again across the entire meadow. All the males sang them. Sound familiar? 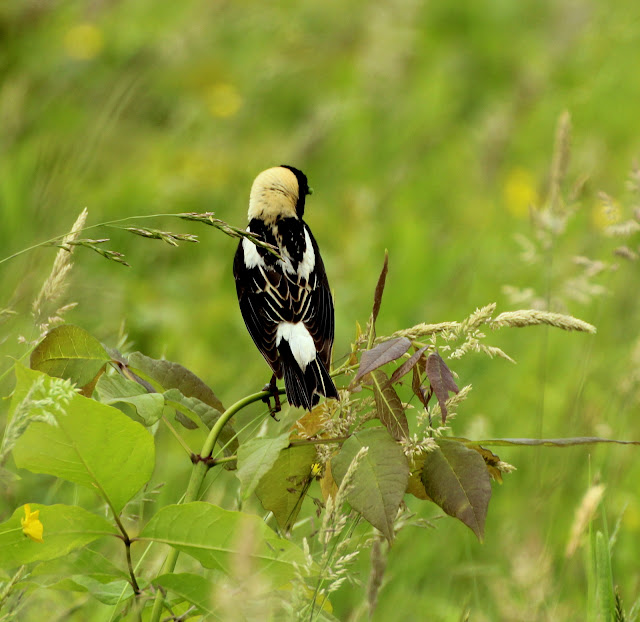 My next stop was the large meadow along Sperry Road at the Holden Arboretum in the Kirtland area of Lake County. I knew the song of this Bobolink meadow well, too. I had given Music in the Meadow bird song classes for Holden on two or three occasions in the past, and the indoor class was followed by an outdoor listening walk through this meadow. This is what the Bobolinks were singing back in 2011...

The last time I taught the class, I had the participants sing the primary Holden Bobolink theme in the classroom and then again at the edge of the meadow. And when they heard the first Bobolinks, they recognized those birds’ special song! They were so pleased! 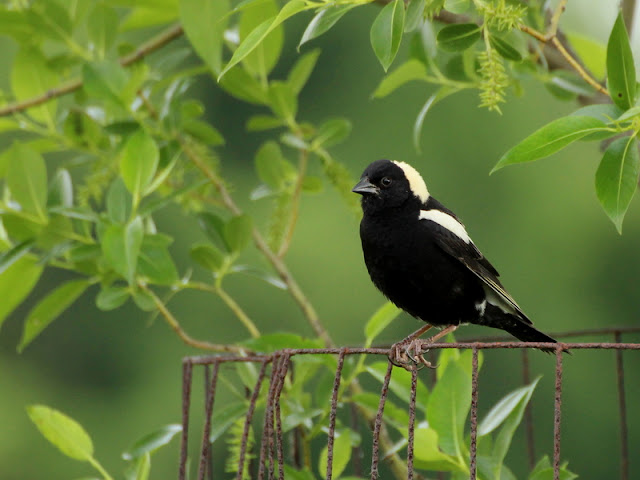 On my June 2019 visit, I didn’t hear long flight songs because it was later in the day and the males were singing from perches. Human noise was present as well. But the song patterns could not have been more clear:

The third Bobolink visit I made this June was to Bath Nature Preserve in western Summit County not far from the Medina County line. This preserve's Bobolink songs - particularly the clear, three-note motive -  had been recognizably different from the South Russell and the Holden Bobolinks, who were themselves clearly different from each other. Would that still be true here?

These were the song patterns I’d recorded five years ago. In fact, I'd recorded 10 different males all singing the same song.

At first, the Bobolinks were were far from the trail and I didn't want to jeopardize their nesting success by going off the trail. But I recognized what I was hearing, and eventually, two males were singing close enough to record.

Once again, the songs were the same as five years earlier! 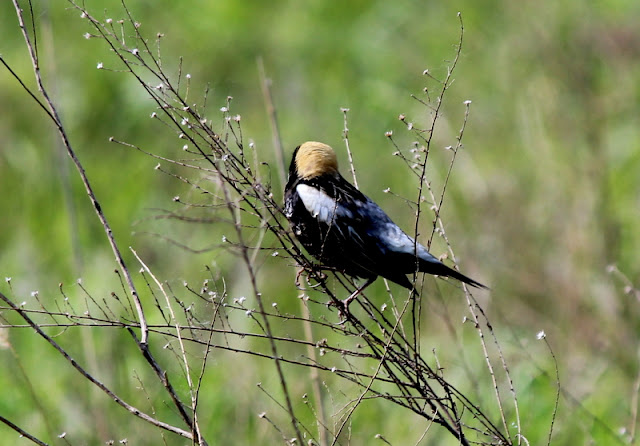 These populations seem stable. I can count on finding Bobolinks here, and there are additional locations in our region where this is true as well.


But there are other places where habitat loss, extreme weather events, and early mowing while young Bobolinks are still in the nest have impacted these birds. The songs I recorded several years ago may no longer resonate in these meadows. I had hoped to get better recordings of two of my favorite songs, but I haven’t been able to bring myself to return to those locations to see if Bobolinks are still present. Habitat tragedies occurred on consecutive years at both of these sites, and the numbers were already rather small. Maybe I’ll go to these places next May...maybe…


Field observations are valuable - especially over time. Fascinating stories reveal themselves as we keep listening. 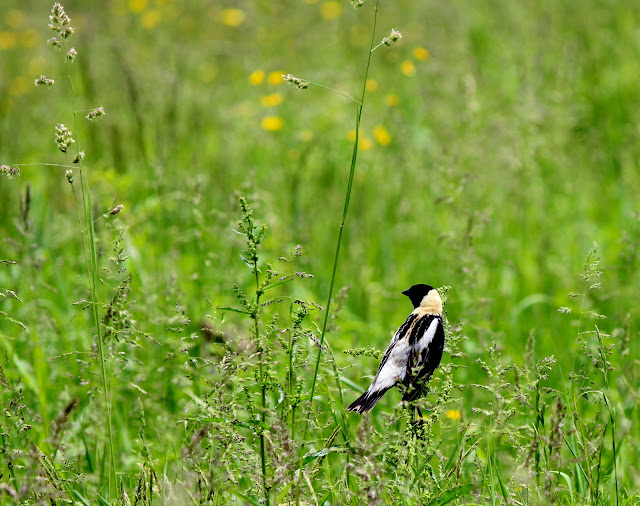 Posted by Lisa Rainsong at 3:00 PM

Email ThisBlogThis!Share to TwitterShare to FacebookShare to Pinterest
Labels: Bobolinks

Lisa Rainsong
I am a professional musician, educator, and naturalist. I study the songs of birds, insects and amphibians of NE Ohio and teach people not only to identify them, but also how to listen for their context and interactions. The more we hear of our natural world, the more deeply we will desire to protect its musicians and concert halls. I hope you enjoy sharing my annual journey through the constantly-changing musical texture of NE Ohio's woodlands, meadows, and marshes. There is always music in nature if we're listening. You can read about the educational programs I teach, and my field work at https://www.listeninginnature.com